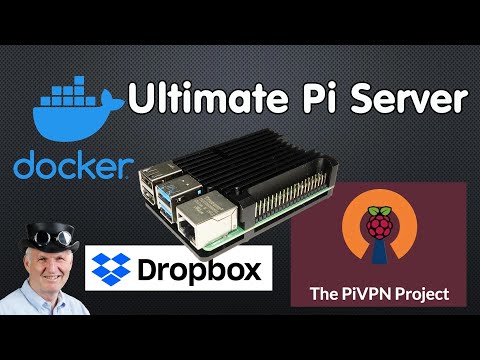 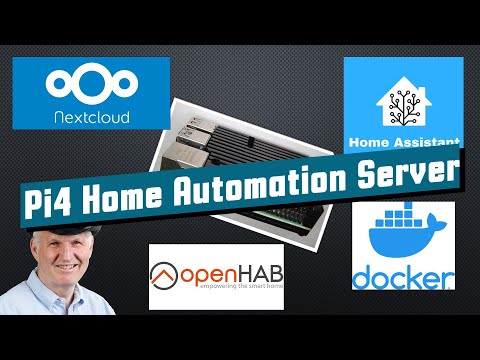 If the first three assumptions hold, assumptions four through six are Raspberry Pi defaults on a clean installation. The seventh is what you get if you follow these instructions faithfully.

Please don't read these assumptions as saying that IOTstack will not run on other hardware, other operating systems, or as a different user. It is just that IOTstack gets most of its testing under these conditions. The further you get from these implicit assumptions, the more your mileage may vary.

Users have reported success on other platforms, including:

If you prefer to automate your installations using scripts, see:

migrating from the old repo (gcgarner)?

If you are still running on gcgarner/IOTstack and need to migrate to SensorsIot/IOTstack, see:

If you see the word "buster", proceed to step 2. Otherwise, skip this patch.

You need this patch if you are running Raspbian Buster. Without this patch, Docker images will fail if:

To install the patch:

a word about the sudo command

Many first-time users of IOTstack get into difficulty by misusing the sudo command. The problem is best understood by example. In the following, you would expect ~ (tilde) to expand to /home/pi. It does:

The command below sends the same echo command to bash for execution. This is what happens when you type the name of a shell script. You get a new instance of bash to run the script:

Same answer. Again, this is what you expect. But now try it with sudo on the front:

Different answer. It is different because sudo means "become root, and then run the command". The process of becoming root changes the home directory, and that changes the definition of ~.

Any script designed for working with IOTstack assumes ~ (or the equivalent $HOME variable) expands to /home/pi. That assumption is invalidated if the script is run by sudo.

Of necessity, any script designed for working with IOTstack will have to invoke sudo inside the script when it is required. You do not need to second-guess the script's designer.

Please try to minimise your use of sudo when you are working with IOTstack. Here are some rules of thumb:

It takes time, patience and practice to learn when sudo is actually needed. Over-using sudo out of habit, or because you were following a bad example you found on the web, is a very good way to find that you have created so many problems for yourself that will need to reinstall your IOTstack. Please err on the side of caution!

The menu is used to install Docker and then build the docker-compose.yml file which is necessary for starting the stack.

The menu is only an aid. It is a good idea to learn the docker and docker-compose commands if you plan on using Docker in the long run.

Please do not try to install docker and docker-compose via sudo apt install. There's more to it than that. Docker needs to be installed by menu.sh. The menu will prompt you to install docker if it detects that docker is not already installed. You can manually install it from within the Native Installs menu:

Follow the prompts. The process finishes by asking you to reboot. Do that!

Follow the on-screen prompts and select the containers you need.

The best advice we can give is "start small". Limit yourself to the core containers you actually need (eg Mosquitto, Node-RED, InfluxDB, Grafana, Portainer). You can always add more containers later. Some users have gone overboard with their initial selections and have run into what seem to be Raspberry Pi OS limitations.

The process finishes by asking you to bring up the stack:

The first time you run up the stack docker will download all the images from DockerHub. How long this takes will depend on how many containers you selected and the speed of your internet connection.

Some containers also need to be built locally. Node-RED is an example. Depending on the Node-RED nodes you select, building the image can also take a very long time. This is especially true if you select the SQLite node.

Be patient (and ignore the huge number of warnings).

The commands in this menu execute shell scripts in the root of the project.

The old and new menus differ in the options they offer. You should come back and explore them once your stack is built and running.

At the time of writing, IOTstack supports three menus:

With a few precautions, you can switch between git branches as much as you like without breaking anything. The basic check you should perform is:

Check the results to see if any files are marked as "modified". For example:

The way to avoid potential problems is to move any modified files to one side and restore the unmodified original. For example:

When git status reports no more "modified" files, it is safe to switch your branch.

Switch to the experimental branch to try the latest and greatest features.

To start the stack:

Once the stack has been brought up, it will stay up until you take it down. This includes shutdowns and reboots of your Raspberry Pi. If you do not want the stack to start automatically after a reboot, you need to stop the stack before you issue the reboot command.

Logging limits were added to prevent Docker using up lots of RAM if log2ram is enabled, or SD cards being filled with log data and degraded from unnecessary IO. See Docker Logging configurations

You can also turn logging off or set it to use another option for any service by using the IOTstack docker-compose-override.yml file mentioned at IOTstack/Custom.

To start a particular container:

Stopping aka "downing" the stack stops and deletes all containers, and removes the internal network:

To stop the stack without removing containers, run:

stop can also be used to stop individual containers, like this:

There is no equivalent of down for a single container. It needs:

To reactivate a container which has been stopped and removed:

You can check the status of containers with:

You can inspect the logs of most containers like this:

You can also follow a container's log as new entries are added by using the -f flag:

Terminate with a Control+C. Note that restarting a container will also terminate a followed log.

You can restart a container in several ways:

This kind of restart is the least-powerful form of restart. A good way to think of it is "the container is only restarted, it is not rebuilt".

This type of "restart" rebuilds the container.

Alternatively, to force a container to rebuild (without changing either docker-compose.yml or an environment variable file):

See also updating images built from Dockerfiles if you need to force docker-compose to notice a change to a Dockerfile.

Docker allows a container's designer to map folders inside a container to a folder on your disk (SD, SSD, HD). This is done with the "volumes" key in docker-compose.yml. Consider the following snippet for Node-RED:

You read this as two paths, separated by a colon. The:

In this context, the leading "." means "the folder containing docker-compose.yml", so the external path is actually:

If a process running inside the container modifies any file or folder within:

the change is mirrored outside the container at the same relative path within:

The same is true in reverse. Any change made to any file or folder outside the container within:

is mirrored at the same relative path inside the container at:

If you need a "clean slate" for a container, you can delete its volumes. Using InfluxDB as an example:

and check to see whether ./volumes/influxdb/data is present. Finding it not there, it does the equivalent of:

When InfluxDB starts, it sees that the folder on right-hand-side of the volumes mapping (/var/lib/influxdb) is empty and initialises new databases.

This is how most containers behave. There are exceptions so it's always a good idea to keep a backup.

You should keep your Raspberry Pi up-to-date. Despite the word "container" suggesting that containers are fully self-contained, they sometimes depend on operating system components ("WireGuard" is an example).

Although the menu will generally do this for you, it does not hurt to keep your local copy of the IOTstack repository in sync with the master version on GitHub.

There are two kinds of images used in IOTstack:

updating images not built from Dockerfiles

If new versions of this type of image become available on DockerHub, your local IOTstack copies can be updated by a pull command:

The pull downloads any new images. It does this without disrupting the running stack.

The up -d notices any newly-downloaded images, builds new containers, and swaps old-for-new. There is barely any downtime for affected containers.

Node-RED is a good example of a container built from a Dockerfile. The Dockerfile defines some (or possibly all) of your add-on nodes, such as those needed for InfluxDB or Tasmota.

There are two separate update situations that you need to consider:

Node-RED also provides a good example of why your Dockerfile might change: if you decide to add or remove add-on nodes.

when Dockerfile changes (local image only)

When your Dockerfile changes, you need to rebuild like this:

This only rebuilds the local image and, even then, only if docker-compose senses a material change to the Dockerfile.

If you are trying to force the inclusion of a later version of an add-on node, you need to treat it like a DockerHub update.

when DockerHub updates (base and local images)

When a newer version of the base image appears on DockerHub, you need to rebuild like this:

This causes DockerHub to be checked for the later version of the base image, downloading it as needed.

Then, the Dockerfile is run to produce a new local image. The Dockerfile run happens even if a new base image was not downloaded in the previous step.

As your system evolves and new images come down from DockerHub, you may find that more disk space is being occupied than you expected. Try running:

This recovers anything no longer in use. Sometimes multiple prune commands are needed (eg the first removes an old local image, the second removes the old base image).

If you add a container via menu.sh and later remove it (either manually or via menu.sh), the associated images(s) will probably persist. You can check which images are installed via:

Both "Portainer CE" and "Portainer" are in that list. Assuming "Portainer" is no longer in use, it can be removed by using either its repository name or its Image ID. In other words, the following two commands are synonyms:

In general, you can use the repository name to remove an image but the Image ID is sometimes needed. The most common situation where you are likely to need the Image ID is after an image has been updated on DockerHub and pulled down to your Raspberry Pi. You will find two containers with the same name. One will be tagged "latest" (the running version) while the other will be tagged "\<none>" (the prior version). You use the Image ID to resolve the ambiguity.

See container image updates to understand how to tell the difference between images that are used "as is" from DockerHub versus those that are built from local Dockerfiles.

To pin an image to a specific version:

the nuclear option - use with caution

If you create a mess and can't see how to recover, try proceeding like this:

Now, you have a clean slate. You can either start afresh by running the menu:

Alternatively, you can mix and match by making selective copies from the old directory. For example:

The IOTstack.old directory remains available as a reference for as long as you need it. Once you have no further use for it, you can clean it up via:

The sudo command is needed in this situation because some files and folders (eg the "volumes" directory and most of its contents) are owned by root.